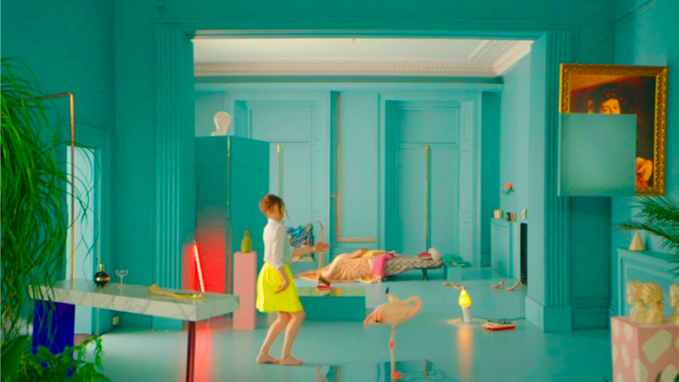 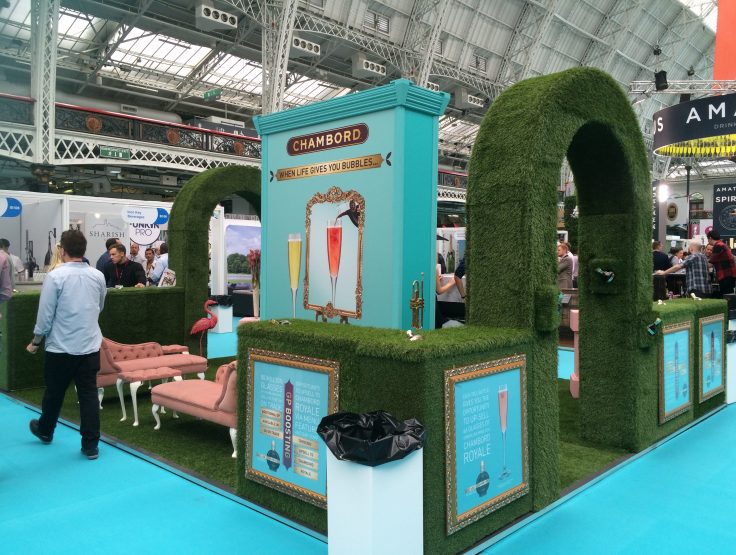 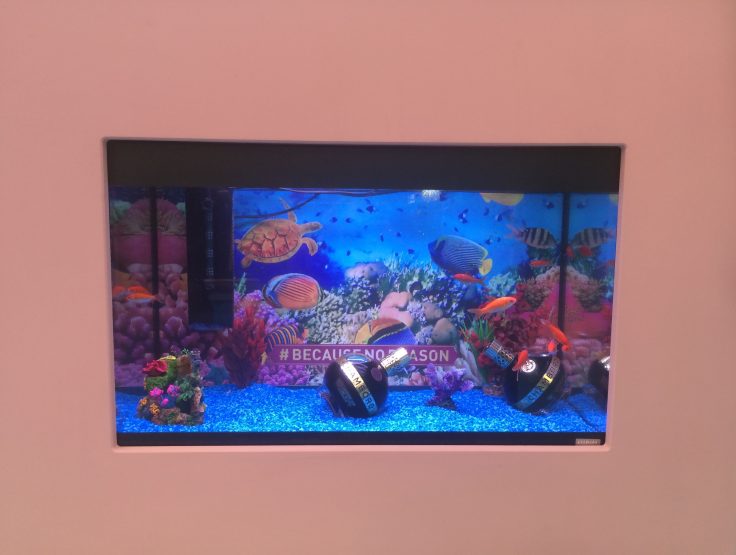 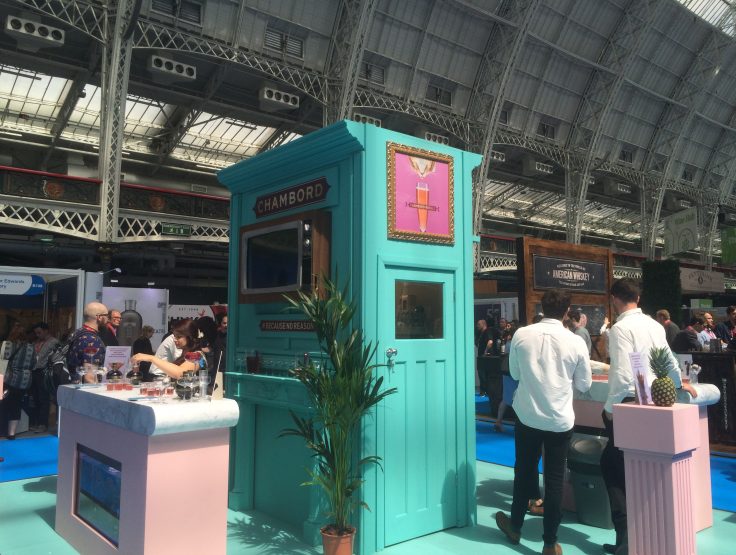 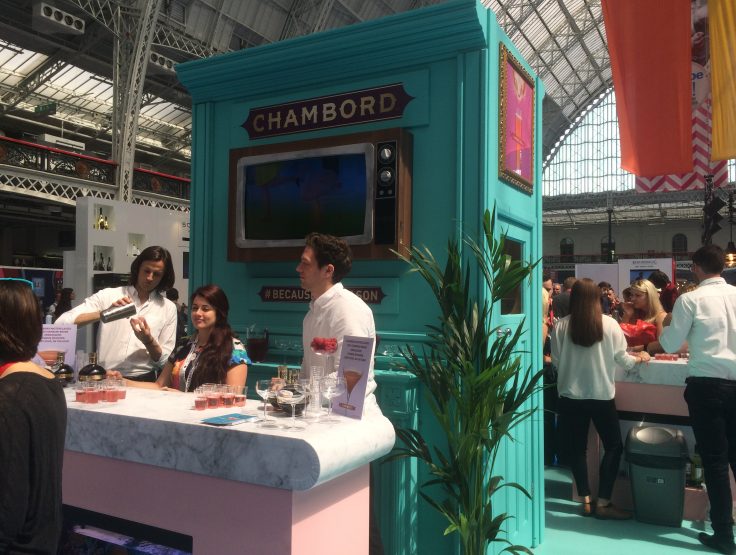 For creative inspiration we were provided with stills from the recent TV ad; Chambord’s “Because No Reason” campaign features quirky combinations of items in unusual positions and a flamingo and a lady standing on one leg in Chambord themed apartment. Taking inspiration from the setting for the front, we developed an ‘unusual luxury’ theme: chaise longues, a fireplace featuring a naked bottomed statue, pineapples displayed on plinths and the star of the show, a sampling bar with fish tanks that were complete with goldfish and Chambord bottles inside.

A quirky trade stand in a central location within the venue was highly visible and lead to a high amount of footfall. The fish tanks became the talking point of the show. We were able to deliver all of the brands values through the use of wall graphics, posters and TV ad.

The client loved the stand, it featured again at Imbibe Live 2016 and 2017. In 2016 the area developed in to an ‘Alice in Wonderland’ style garden with hedgerow and archways and in 2017 the stand became even more out there with new props added. The fish tanks featured every year and the goldfish are still going strong in the boss’s pond!