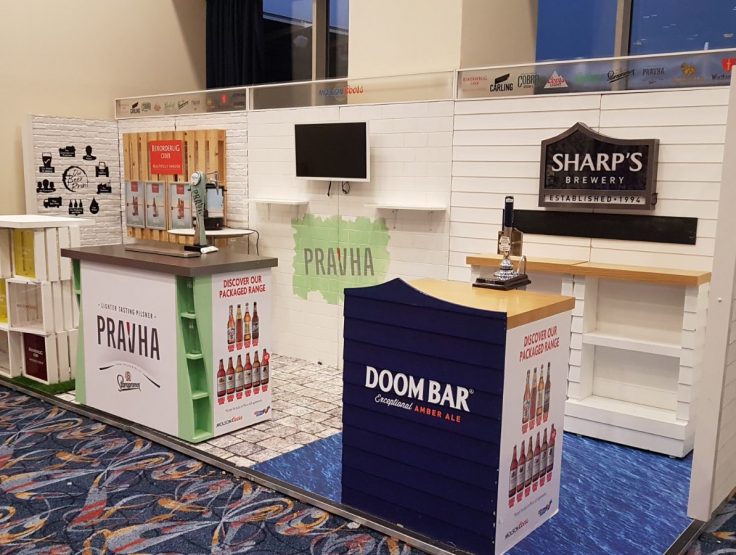 To create a 6x2m stand to incorporate Rekorderlig, Pravha & Atlantic beer, for The Punch Road Show. Each brand had to have its own area on the stand with their individual identity shown. The stand had to be able to be dismantled and rebuilt at 8 shows across the UK, during a period of just over 3 weeks.

Mood-boards were created for each brand identity, and sample units were created from them. The colours, shapes and providence of each brand were the inspiration for the final design. The overall design also incorporated Molson Coors brand identity. The design team worked closely with the workshop and crew to ensure the stand was able to withstand 8 shows.

A fully modular stand was designed and created in house, and our install crew took it out on the road for a successful 8 shows.

The stand was re-used again the following year at Punch 2017. Some re-branding and elements of the stand have been used in other Molson Coors events, such as the NUS tradeshow.

“We shared some photos of the Punch stand with our on trade sales force yesterday and they all LOVED it.”